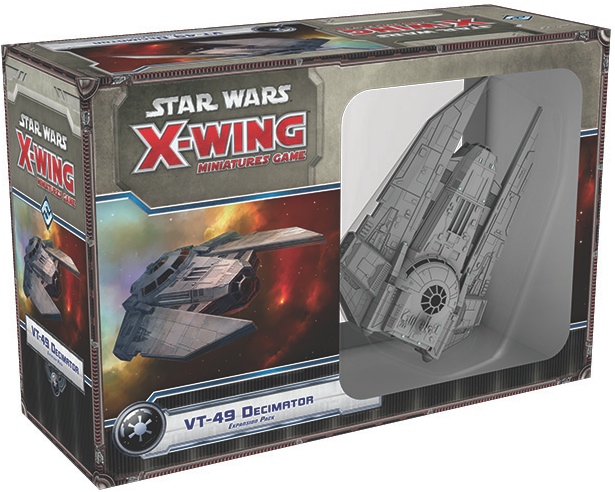 The VT-49 Decimator Expansion Pack brings this intimidating Imperial gunboat to X-Wing as the game’s largest ship yet designed for Standard Play. Even at the game’s signature 1/270 scale, the expansion pack’s detailed miniature towers over its base and smaller starfighters.

In addition to its imposing, pre-painted miniature, the VT-49 Decimator Expansion Pack introduces four ship cards, three debris cloud tokens, a new mission, a maneuver dial, and all the tokens you need to fly your Decimator into the thick of combat. Finally, you’ll find thirteen upgrade cards, which introduce a variety of crew members like Mara Jade and Fleet Officer designed to help you fill out the Decimator’s three crew member slots.