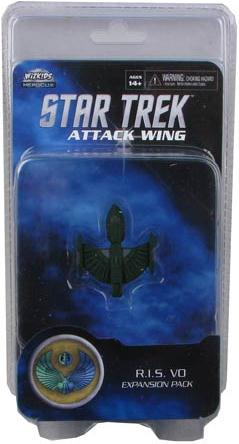 The RIS Vo was a Theta-class Romulan scout starship in service of the Romulan Star Empire's Star Navy in the 24th century.

In 2366, the Vo was stolen by Admiral Alidar Jarok and used to flee to Federation space. After being rescued by the crew of the USS Enterprise-D, Admiral Jarok scuttled the ship to prevent it from being captured.